Can I get hacked with a VPN? 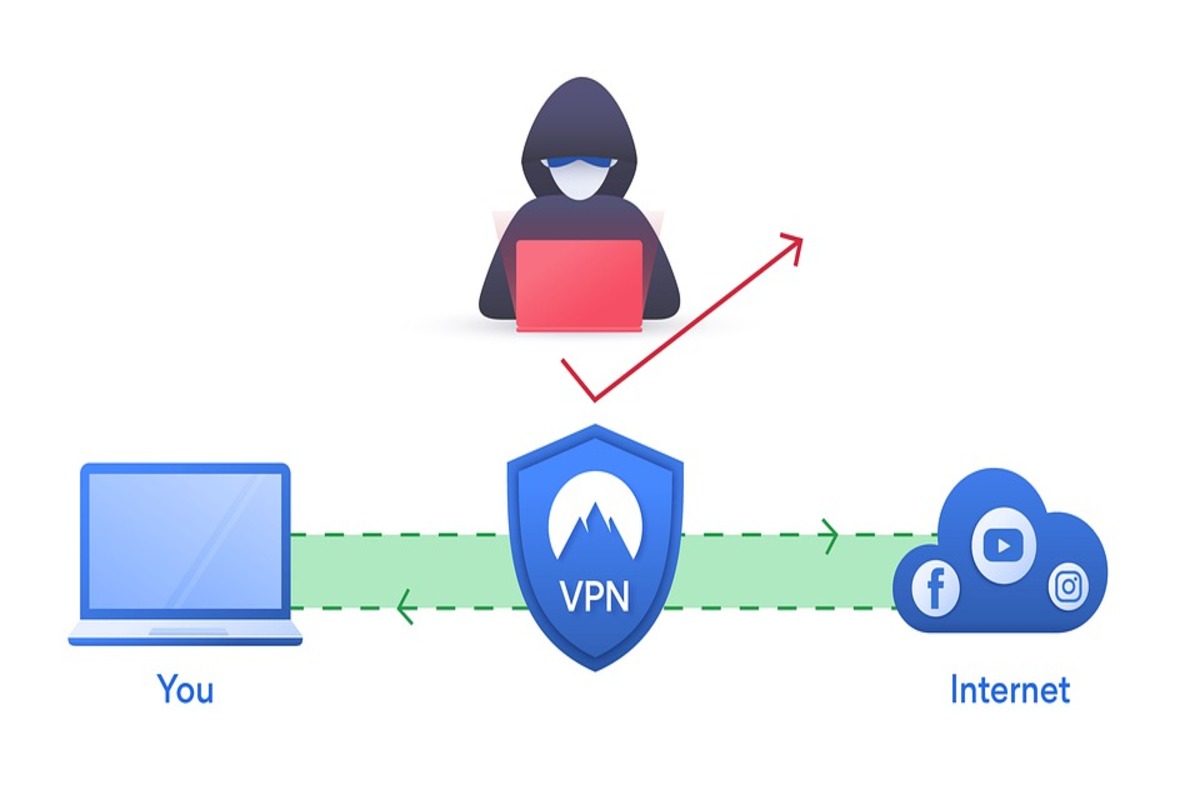 When it comes to going online, digital privacy and security are among the top worries for most people. Most people are familiar with the internet horror stories in which hackers take personal information and use it to steal someone’s identity or use it to max out their credit and debit cards.

A malicious program can be installed when you use a VPN, or Virtual Private Network, although the likelihood of being hacked is quite minimal.

Is it possible to be hacked when using a VPN?

Using a virtual private network (VPN) will shield your internet connection from becoming compromised; nevertheless, it is still possible to be hacked when utilizing a VPN if you allow someone to know your login and password or if you unwittingly welcome malware into your computer.

You will never be hacked if you utilize one of the top VPN services available today. However, you would not be entirely protected from any attacks, even in this case.

In contrast to malware, spyware, and phishing assaults, a virtual private network (VPN) will shield you from anonymous surveillance, government, Internet service provider (ISP), and dangerous website data collecting. When you use a VPN, you will be safer, but it will be more successful if you plan when and where you will use it.

Can a VPN Service be hacked?

Most of the time, virtual private networks (VPNs) comprise a collection of servers rather than a single centralized body. Consider the scenario in which a hacker attempts to compromise a single connection only to discover that there are, in reality, a million connections.

Again, while technically possible to hack a VPN connection, the amount of resources required to attack a VPN connection properly is enormous. Furthermore, the vast majority of high-quality VPNs adhere to rigorous no-log regulations.

The servers on which VPNs are hosted officially store just the bare minimum of information necessary to access the internet; nonetheless, all of your data is erased every time you exit from the VPN or switch servers.

As a result, even if a hacker were to get access to the VPN server, the amount of information they could access and exploit would be small, if any at all.

There have been cases of VPN companies being hacked, but nothing of value was taken away due to their no-log rules. As a result of this, there will always be vulnerabilities and hackers who will attempt to test the limits of a security system.

On the other hand, using a VPN is substantially safer than not using one, and the odds of a VPN server being compromised are extremely low.

How can a virtual private network (VPN) become compromised?

Because of their flaws, even the top VPN service providers in the business may quickly target cyber criminals looking to steal information. We’ve talked about some of the vulnerabilities in VPNs that hackers may take advantage of.

Due to the difficulty of decoding encrypted files by programming, most hackers acquire the encryption keys and utilize them to decipher their stolen information. Many hackers have successfully stolen keys from hacked virtual private network (VPN) servers in the past.

Once the keys have been obtained, the perpetrator’s launch (MITM) attacks to decrypt data while it is sent between two places. They can read and modify the data that is being supplied to you.

See also  What job can I get with a CompTIA A+?

Deficiencies in the server’s security and records of its users

If a VPN provider does not adequately supervise the maintenance of its third-party servers, hackers may be able to exploit weaknesses and get access to the network.

Many VPN companies still rely on hard discs to store temporary information so that hackers may access data logs, client logs, and encryption keys stored on the server.

Your IP address and DNS server queries can readily identify your actual location as well as everything you’ve done online in the past several months.

Suppose your VPN service software does not have fundamental advanced security measures such as an Internet Kill Switch. In that case, cyber thieves will obtain your personal information if there is a breach in the network connection.

Is it possible to be hacked without a VPN?

There is a chance of hacking a VPN, but it is quite tough to succeed. VPN users have a considerably higher risk of getting hacked than those who do not utilize a virtual private network.

Tips for being safe on the internet:

A virtual private network (VPN) is not a cure for keeping secure online. While it is a fantastic tool for privacy and link encryption, there are a few more factors to consider when practicing digital safety while using Tor. Here are a few pointers to keep you secure when browsing the web:

It is the most effective method of safeguarding your online accounts to use a secure password that has a combination of capital, lowercase, digits, and symbols. It is even better if you have a different password for each website where you have an account.

See also  Is It Worth Buying An iPad: Our Advice

Phishing scams are widespread among those who aren’t paying attention when reading emails. When you receive an email that appears to be from a good website and asks you to check-in, you are receiving phishing emails.

In terms of damage to your computer, downloading a computer virus is the most detrimental action you can take. It will help if you exercise caution when downloading files and visiting the websites from which you are obtaining files.

4. Take caution with the information you provide.

Anything you put on social media may be used against you if a hacker or intruder attempts to find out more detailed information about you. Because the internet makes it so easy for them to uncover sensitive information about you, it won’t be difficult to find what they’re searching for.

If you want to be safe, you should use a premium VPN that uses the latest encryption and security protocols. According to security experts, many free VPNs cannot keep up with the most recent advancements in network encryption and, therefore, should be avoided at all costs.

Even while virtual private networks (VPNs) are a vital tool for protecting your privacy, they are not without their limitations. Make certain that you can put your faith in the service provider you pick, and always use secure passwords. Make sure you do your research and be safe!